Is it Legal to Play Rummy?

When you are a skilled rummy player, you would definitely want to play to win cash prizes. However, a common inhibition stops you from playing cash rummy games – is it legal to play rummy? Well, just ‘yes’ or ‘no’ might not suffice; we need to delve deeper. 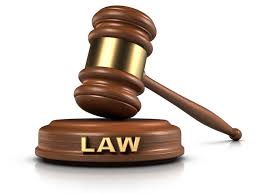 Rummy has been ruled as a game of skill by the Supreme Court of India in the year 1968. Hence it is perfectly legal to play rummy online! Play now to win huge cash prizes!

Games of Chance Vs Games of Skill

Let’s understand the basic criteria – How to distinguish a ‘game of chance’? The laws that define them are simple. Any game where the outcome is primarily based on luck or chance is considered to be a game of chance. For example, games that include devices like dice, spinning tops, numbered balls in a container can be considered as games of chance, as minimum skills are required and the result is totally based on luck. Such games are often categorised under acts of gambling by laws of the states. On the contrary, the games where you need skills rather than chance are called as games of skills. The outcome of such games is determined by mental or physical skills and chance or luck does not play any role in the outcome.  Is Rummy a Game of Skill? As you know clearly, chance or luck does not play any role in Indian rummy. You don’t need to roll any dice nor spin wheels of fortune. Your level of skills determines the outcome of the game. You need to have sharp memory, make good analytical steps, observe your opponent’s moves and require overall intelligence to execute smart tactics. All such criteria make rummy veritably as a game of skill.  Does Rummy have Legal Protection? Are you still having doubt? Probably, this will clear the air – laws of court have declared rummy as a game of skill! The Supreme Court of India, through subsequent judgements, had ruled rummy as a game of skill in 1968 and it is legal to play rummy. Another judgement of Supreme Court in 1996 had clearly stated that competitions where the outcome is based on significant level of skills are not considered as ‘gambling’, even though there could be some element of chance involved. Games that are preponderantly games of skills can be called as games of ‘mere skill’ Only in few states, like Assam and Orissa, the laws pertaining to gambling are not clear; therefore, players from such states are exempted to play cash rummy. However, they can play free rummy online. No more surmising, no more conjectures – all the points conclude the fact that it is legal to play rummy. Enjoy playing 13 cards rummy online at the best rummy sites in India. If any of your friends have similar doubts, you know what to refer!