Is it Legal to Play Rummy Games? 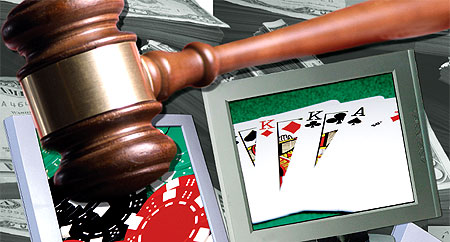 The popularity of rummy games is so immense that it has become a household game. But why does one question its legality while playing with cash? If you are also having some doubts, it’s time to clear all uncertainties related to the legality of rummy games. Doubts on legality of rummy have come up mostly due to the negative portrayal of card games in media. The relation of card games with gambling in movies and TV shows could create a lot of confusion - is it right to play cash rummy games?...  is it legal to play rummy? Let us delve deeper to find out whether rummy is a game of skills and the status of its legality. The series of deductions will help you to find the answer: Games of Chance Vs Games of Skill Let’s start off with the basic question – How to distinguish between ‘games of chance’ and ‘games of skills’? It’s very simple! Any game where the result is based on luck or chance is called as a ‘game of chance’. The best examples would be games where devices like dices, slots, spinning tops, numbered balls and others are used; you do not have any control over the game and the chances of winning are primarily based on luck. On the other hand, the games which can be played only with skills are called as ‘games of skills’. You need mental or physical skills in order to win the game and luck plays infinitesimal role in its outcome. The best example would be chess, mahjong and others where you need a significant amount of skills to win the game. Is Rummy a Game of Skill? If you refer to the differences between games of skills and chance, you know the answer! You do not need any dice or wheels of fortune to play rummy – You need considerable skills to play the game. No player can play rummy without knowing its rules and applying game strategies. That’s not it! You need to have good memory, aptitude to make analytical decisions and overall intelligence to implement smart strategies. All such aspects veritably define Rummy as a ‘game of skills’! Rummy Enjoys Legal Protection If you are still not convinced, this will probably clear the air – Rummy is protected by law! Several High Courts and well as the Supreme Court of India have declared rummy as a game of skills. The laws of court have ruled that rummy is a game of skills, not of chance and playing with money is not considered as gambling. However, in a few states like Assam and Orissa, playing cash rummy games are prohibited as the laws pertaining to gambling are not clear. Yet, player from these states can play rummy without cash. All these points cogently conclude that it is completely legal to play rummy online. So, go ahead and play your favourite card game without any inhibition. And, if any of your friends have doubts about rummy legality, you know what to refer!