Among the array of rummy variations over the world, Indian Rummy stands out as one of the most exciting variants of rummy card games. Known for challenging rules and faster gameplay, millions of players love to play Indian Rummy online at the popular online rummy sites in India. 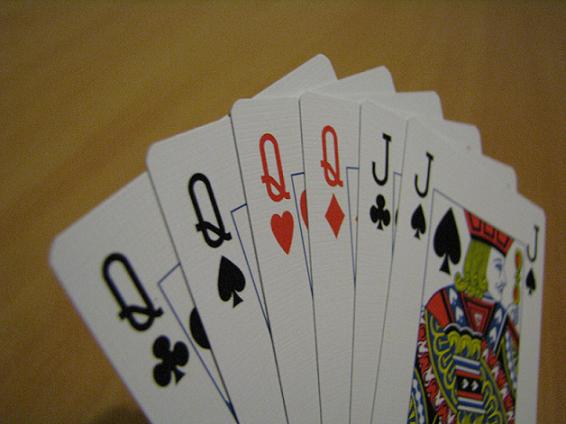 Usually known as Paplu, Indian Rummy is mostly considered as a cross between Rummy 500 and Gin Rummy. Some say that the game evolved from a version of rummy from South Asia called “Celebes Rummy”. Two to eight players can play the game and two decks of cards are used with printed jokers. The objective of the game is almost similar to the other variants: arrange all the cards in sequences and/or sets with at least two sequences along with a pure sequence. Indian Rummy is more of a social game which is enjoyed by people from all walks of life; cards are seen shuffling in kitty parties, retired person’s club, commuters travelling in trains for hours and other spaces. Weekend get-togethers become a hub for playing Indian rummy with endless hours of entertainment. Although online rummy games lack the aspect of playing physically with rummy circle of friends, the gameplay offers a lot more with its virtual environment. There are exclusive rooms where one can play with their rummy circle without the need to visit each other’s place. From the comforts of the home, one can play Indian Rummy online with players from different parts of the country. The virtual platform becomes a socialising environment; many players use chat session to chat with like-minded people who love to play Indian Rummy online and become online buddies. Another aspect of the huge popularity of Indian Rummy games is that it is completely legal to play for cash. The game is not considered as gambling as the Honourable Supreme Court of India has declared it as a game of skill. It can be played with pre-defined rupee value and a single winner gets all the cash lost by other players. Although playing rummy for real cash is legal, people prefer to play cash games in private by using token money or noting the points on paper. However, online rummy games give you complete freedom to play real cash rummy. One does not have to play discreetly nor get into the hassles of collecting tokens. Online card games have software that easily calculates the points and the winner gets the money credited to his account automatically. Most of the online rummy sites in India have many promotional contests and tournaments where one can win lakhs of cash prizes every month. Online rummy sites in India give you the platform to display your skills and earn lots of money. So, play Indian Rummy online at Junglee Rummy to hone your skills and win lakhs of cash prizes. Enjoy unlimited fun at playing online rummy games with players across all over the country.