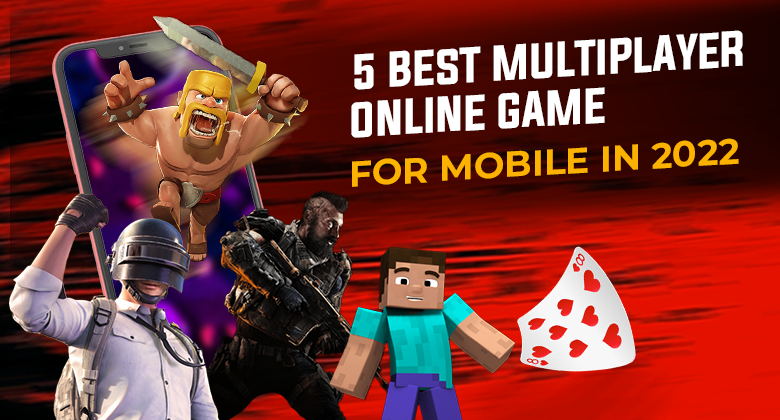 Multiplayer games or games that can be played with multiple players have been a craze among gaming enthusiasts all over the world. While growing up you might have played an amazing variety of these games including rummy, ludo, carrom, solitaire and many more with your family and friends.

Ever since multiplayer games were made available online, the gaming industry has grown tenfolds as they provide a platform for gamers to come together and have a fun time with one another.

Now that mobile gaming has become the next big thing, players are seen playing online multiplayer games on their smartphones. And to help you find the best game, we have compiled a list of 5 multiplayer games that you need to know. 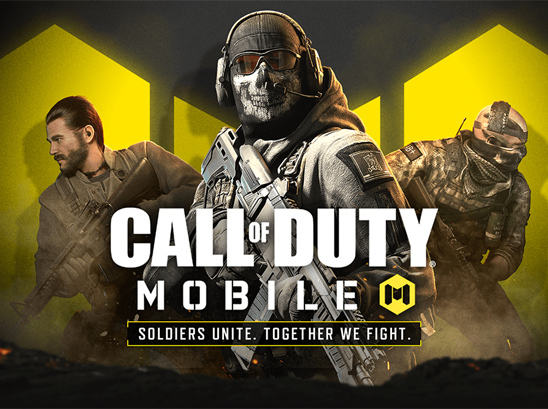 Call of Duty, also popularly known as COD among the millennials, is the oldest game on the list that has lots and lots of childhood memories associated. Back then, this online game was played on PCs or play stations but it was subsequently released for mobile games almost about a year ago. According to a recent study, COD was the first-ever mobile game to be downloaded by millions of gamers around the world.

In the Call of Duty game, a clan of hundred users engages in a fight for survival on a map that is specially curated for mobile users. This map features multiple locations where players can choose to battle across land, sea, and air. There are various vehicles, gears and weapons scattered across the island that are used by players to arm themselves during the game.

Call of Duty has three game modes: Multiplayer, Battle Royale and Zombies. The player has two options to play, the ranked or the non-ranked match, in the multiplayer game mode. This interesting free online game has two in-app currencies: Command Points (CP), which are earned through playing the game, and COD points, which are bought for real-world money. While it is possible to play the full game with Command Points, specific features like the weapons and other characteristic accessories can be bought only with COD points.

Apart from battling with random players, one can also access a private room, invite their friends, and battle only with them. This can be done in both Multiplayer and Battle Royale modes. 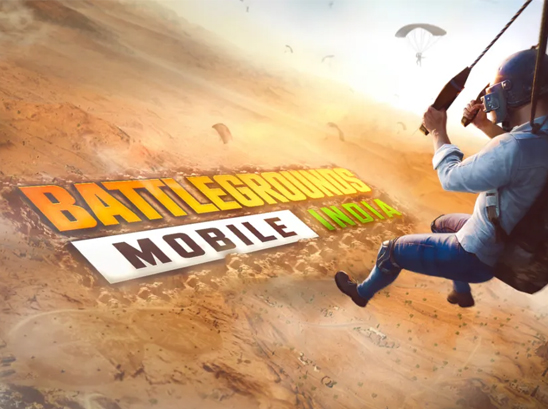 Formerly known as PubG, Battleground Mobile India (BGMI) is also an online multiplayer battle royale game, which has become the world’s largest top-grossing mobile game of all time. This interesting online multiplayer game has a battleground of about one hundred players which is like a modern-day survival of the fittest. The players fight here to remain alive. In this online game, the player can choose to either play alone, with a partner, or enter the battleground in a small group. The last person or the team that manages to stay alive wins the match.

The game begins with all the players on a flight who then decide when is the right time to jump and parachute to the ground. Once the players land, their race to survive begins. They can search houses, buildings, and ghost towns to look for weapons, safety kits, and other equipment that they might need in the game ahead.

Every few minutes, the map in the online game begins to shrink down to a random location. This is called the safe zone. Every player outside the safe zone dies if they haven’t made it to the safe zone in time. If you think you have it in you to survive and make it to the end or think of yourself as a warrior, this is a perfect game for you. 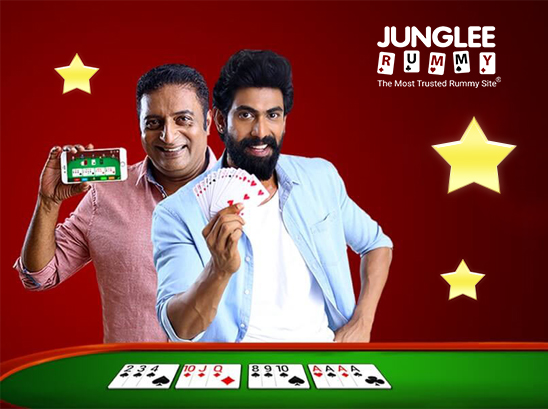 Moving past the games that require you to fight, survive, and make it to the end, online rummy is a skill-based game and has been a part of Indian culture since time immemorial. It is an engaging game based on matching cards and forming sequences and sets. Indian rummy is played with 13 cards where players attempt to meld cards and make a valid declaration before anyone else on the table.

One great website and mobile app to play authentic rummy card games online are Junglee Rummy. It has all the variants of Indian Rummy and has unique 2D game tables with royal player avatars. You can play online games - free as well as cash games with people from all over the country.

Junglee Rummy website and mobile app provide a good platform for people to make the best of their skills and win real cash. This game is perfectly legal and has been certified. So if you are a fan of skill-based games and are looking for a rummy game download, Junglee Rummy is the best game for you! 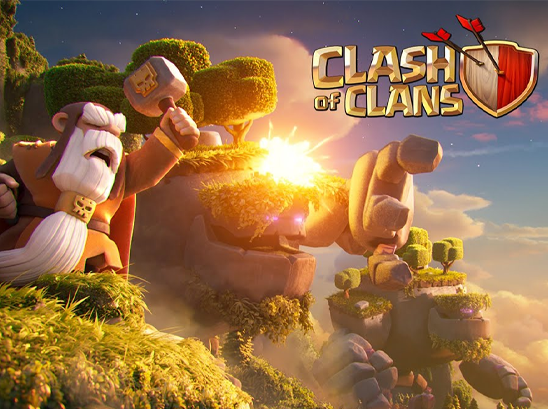 Clash of Clans is a strategy-based online game. This free online game is set in a fantasy world where each player is the chief of a village and is required to build their own village by attacking the other villages with the in-game fighting weapons.

Clash of Clan is an online multiplayer game in which a player forms clans and troops and attacks other players to make the best of their own resources. Defenses and traps can be used to protect yourself from attacks and to upgrade your buildings. To assist in these activities, gold and elixir can be used. The game has many more features, and if you have always dreamt of building your own village, this game is just for you. 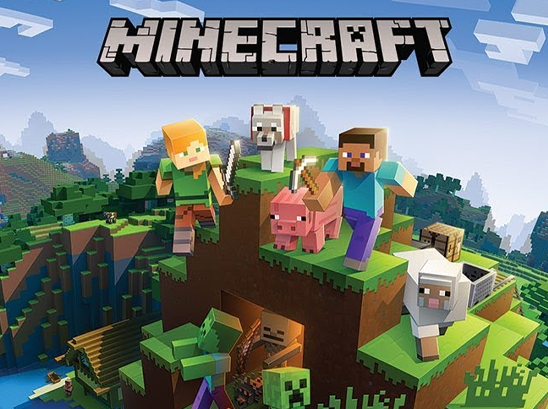 Minecraft is an influential multiplayer game that has won many awards for being one of the greatest video games in history. Minecraft does not have a set of rules the player needs to abide by but gives them a lot of freedom to choose how to play the game. The game has a first-person perspective (by default) but the player can also choose a third-person perspective.

A few elements of this online game are blocks, cubes, and fluids. Players can play around with the elements and create their own worlds. It is virtually infinite and leaves it to the player to explore it however much they want to. There is a geographical barrier that prevents the player from going beyond a certain extent. As a kid, did you imagine the world to be a different place from the real world? Give your imagination a platform and go-ahead to build your own world in this very interesting game!

So these are some of the great games to play. Download the game of your choice and enjoy unlimited gaming on your mobile phone!

What are some most popular multiplayer games right now?

Nowadays, multiplayer games are surfacing the internet and you will get a plethora of options to choose from. We have hand-picked some of the most popular and best multiplayer online games which can be downloaded and played anywhere, anytime. They include League of Legends, DOTA 2, Junglee Rummy, Call of Duty, Rocket League, Warframe, Fortress, Overwatch, Mortal Kombat and Counter Strike.

Is the League of Legends FREE?

League of Legends is absolutely free to download and play. Also, there are no costs required to unlock special items and equipment.

How many GB is Overwatch?

For Overwatch, you need to download at least 30 GB data.

Is Mortal Kombat 11 the last game?

Mortal Kombat is a fighting game first released in 1992. Over the time, many games were published in the Mortal Kombat series. The eleventh edition of the game i.e MK 11 is not the last game in the series. A sequel to this game is already in development.

How many versions of COD are there?

First released in 2003, Call of Duty is a popular first person shooter game. Over the time, different versions of the game were launched with the latest one released back in November 2020. As of now there are 32 known versions of COD available on different platforms.

What is a local multiplayer game?

A local multiplayer game allows the player to play the game offline. You can play it either as a co-op game (that involves multiple players playing offline) or as your opponent. Some popular local multiplayer games include - Minecraft, CrossyRoad, BombSquad, Tekken 7, Glow Hockey 2, Worms W.M.D., Fifa 2.0, and many more.

So what are you waiting for? Pick a game from our list of best multiplayer games and start playing with your friends right away. Happy gaming!