Sets in an Indian Rummy Game

Find out more about rummy sets, its types and more!

The Indian version of rummy has been popular with card game lovers in India for centuries. It is a skill game that involves sorting and arranging cards in sequences, or sequences and sets. When the game begins, each player works on arranging their own cards and making a valid declaration before anyone else at the table.

For making a valid declaration, players have to follow some simple rules. While sequences play a crucial role in the game, you can also make rummy sets. Read on to learn about melding a set.

How to Create a Rummy Sets

How to Make a Rummy Card Set with Jokers

Set with a printed joker: 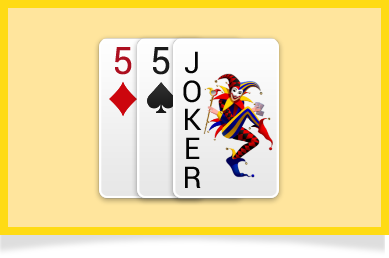 Here the printed joker acts as a replacement for 5 ♥ or 5♠.

Set with a wild joker: 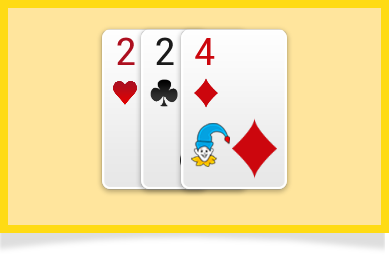 Here the wild card has been used as a replacement for 2 ♦ or 2♣.

Example of a valid declaration with two sets

Example of a valid declaration with only one set

Rummy sets and sequences in a valid declaration

Here is an example of a valid declaration with valid sequences and sets:

Suppose the following cards are dealt to you:

Once you discard 8♣, your hand will look like this:

Once you discard 4♠, your hand will look like this:

The above declaration is valid and you win the game, provided you were the first player to make a valid declaration.

The possible combinations in a valid declaration including rummy sets are as follows:

Invalid Declaration due to Invalid Sets

Some examples of an invalid declaration because of invalid sets are as follows:

Value of Valid Sets in Rummy

How to create a set in a rummy game?

How many jokers can be used in a set?

Both printed jokers and wild jokers can be used to create a set. The maximum number of jokers a player can use to form a set is 4.

What is the difference between a sequence and a set?

What is the maximum number of cards used in a valid set?

Can we make a valid declaration with three valid sets?

Do you have any feedback for us? You can contact us anytime by using the “Contact us” feature in the “Help” section on our app. Our Customer Support representatives will attempt to resolve any issues you may have within 24 hours.